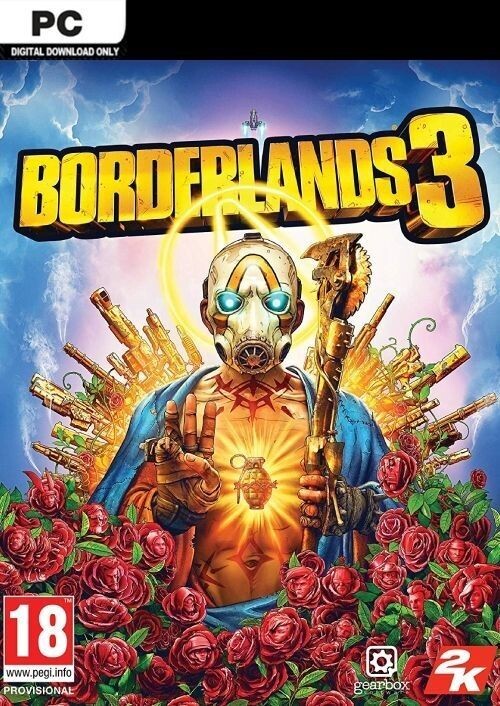 Why you should buy Borderlands 3:

You are a fan of the Borderlands franchise.
You enjoy action role-playing shooters.
You wish to try out a shooter-looter with comic book graphics.

If you are in any way into FPS games, there’s no way you haven’t heard of the Borderlands series. Borderlands 3 is a fourth main installment of the world-famous action role-playing first-person shooters. The players complete quests and side missions while on a shooting spree in single-player or multiplayer modes.

The game features many playable characters, divided into four classes. This installment introduces a few new protagonists – Amara the “Siren,” Moze the “Gunner,” Zane the “Operative,” and FL4K the “Beastmaster.” This time, each character can unlock three unique skills, while in previous games they had only one skill.

Take on the missions, defeat your enemies, and obtain loot from fallen players or chests. Choose from over one billion procedurally-generated guns with various damage, range, ammo capacity, and special perks. Damage your opponents with fire, ice, or electricity, and show them where they belong.

Besides the new characters, Borderlands 3 also introduces new combat maneuvers and abilities. Try out the crouch-sliding and wall-mounting, and make the best use of them in combat. Take cover behind short barriers, but don’t hide for too long, as they can be easily destroyed after continued weapon onslaught.