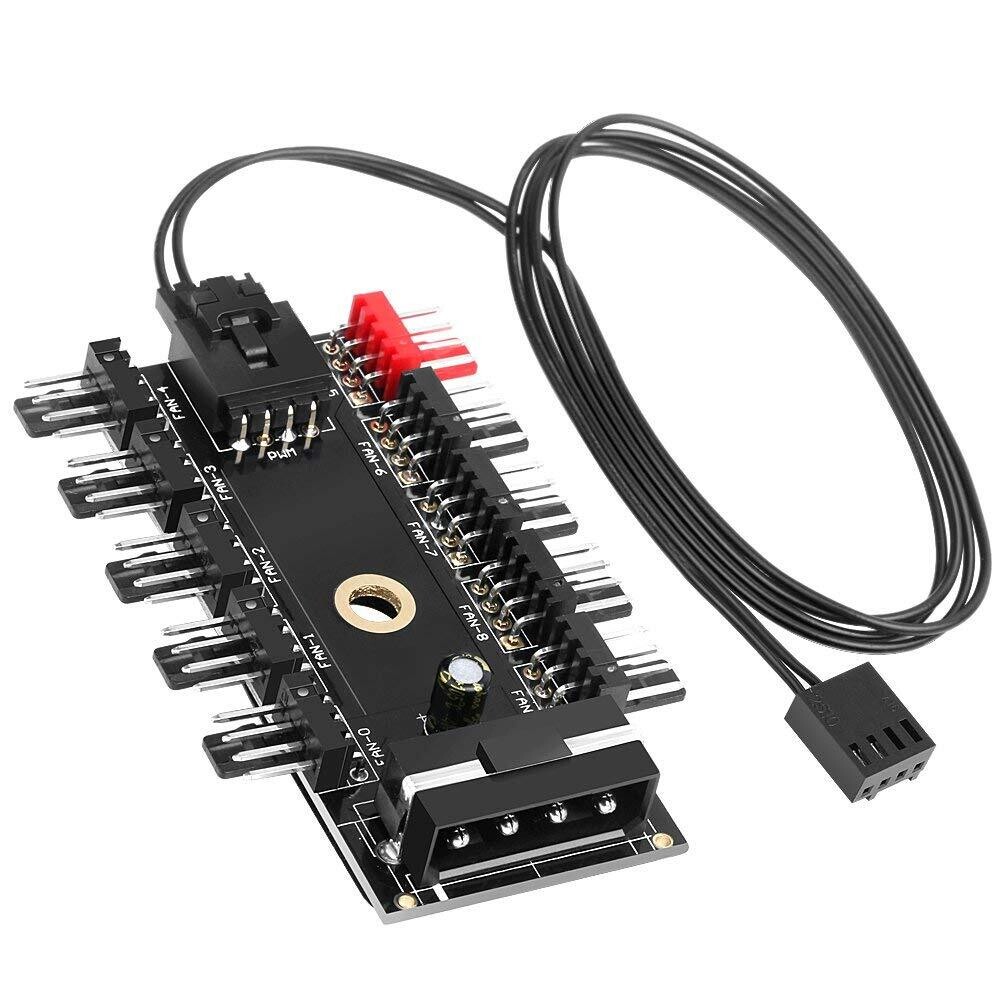 In the hub interfaces, the RED CPU interface is the CPU fan dedicated interface (with speed detection function). Since the mainboard can only receive one rotation speed signal, the remaining nine conventional fan interfaces have the PWM function, but no speed signal.

For both 4-Pin and 3-Pin fans. Please note 4Pin fan speed can be adjusted by temperature control. 3Pin fan can also be used, but because 3Pin has no PWM function, it is at fixed speed after inserting.

There is EVA double-sided adhesive at the back of the hub, which can be easily affixed to a flat place. Also a fixing screw hole in the middle of the PCB to facilitate fixing to a part of the chassis.

RED is expected to be a pass through for the CPU fan. So, the hub has a power source fed from the computer power supply, then the speed is regulated by the speed for the "source" fan. You can connect to the CPU fan lead on the system board or the chassis fan lead. The ten fans will spin at the same speed, that designated by the system for that fan. If the chassis fan is configured in BIOS to run at 50%, you will have 10 fans at 50%.